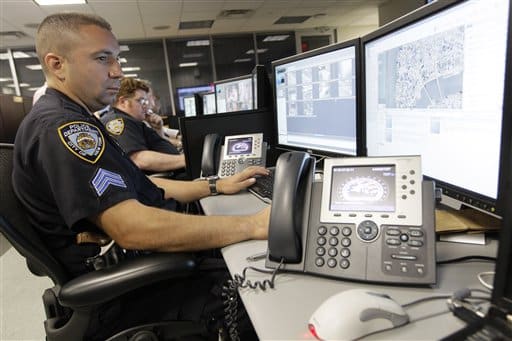 Twitter.com is in the news again, but this time they are being subpoenaed into court regarding a twitter user and there threatening tweets. Twitter.com is claiming no responsibility for the user’s words and/or actions and is refusing to reveal the identity of the unnamed tweeter.
The tweeter made statements on the public social networking site saying:

It was references to real places and real events that got the New York Police Department involved in the Internet drama. The mysterious tweeter made reference to causing a significant loss of life at a Broadway Theater, and even went as far as to relate it to the recent ‘Batman Shootings’ in Aurora Colorado that left 12 people dead and injured another 58 people.
With that type of violence, the NYPD wants Twitter.com to provide the users identity (IP address) and other details to pursue legal action against the person making domestic terror threats. NYPD was quick to shoot twitter an official email asking them to turn over the information, but were denied access to even the most basic information.
Twitter.com had this to say in response to the email from the New York Police Department:

“We appreciate the timeliness and sensitivity of this matter, and have reviewed the reported Twitter account.
While we do invoke emergency-disclosure procedures when it appears that a threat is present, specific and immediate, this does not appear to fall under those strict parameters as per our policies.”

It is this controversial statement released by Twitter.com that has caused them to end up on the headlines of many websites and newspapers. People are genuinely concerned that after the Aurora shootings, how can we not take this seriously or as twitter stated it doesn’t meet the requirements of an emergency.
This denial email from twitter prompted the NYPD spokesman Paul Browne to release a statement publicly that regardless of Twitter.com they will continue to follow-up on any leads and information relating to the twitter threats.
Believe it or not, this is actually not the first time that the super social network Twitter has been in a ‘disagreement’ with the New York Police Department. When Occupy Wall Street was in its prime, the New York Police Department demanded that Twitter.com provide access to certain users’ accounts and their personal tweets over a three-month duration. Twitter denied that access, but when taken to court by the NYPD, Manhattan Criminal Court Judge Matthew A. Sciarrino Jr. ruled that Twitter would have to turn over ‘relevant’ tweets and information from tweeter Malcolm Harris’ account and timeline. Twitter would eventually appeal the ruling, which they are currently in the process of, based on the grounds of user privacy and protection.
User privacy and protection is the primary reason that Twitter refuses to turn over user information and data. As the owner of a growing network of blogs and websites (GlobalGoodGroup.com), I understand and value the information privacy of our contributors, editors, and subscribers, so I can see both sides of the argument here.
All in all this will definitely be an interesting battle in court between the police and the social network that seems to place a higher value on their user’s information and privacy; which depending on who you ask could be a good thing or a bad thing.