Dead Island Review: Game Falls Short Of All The Hype 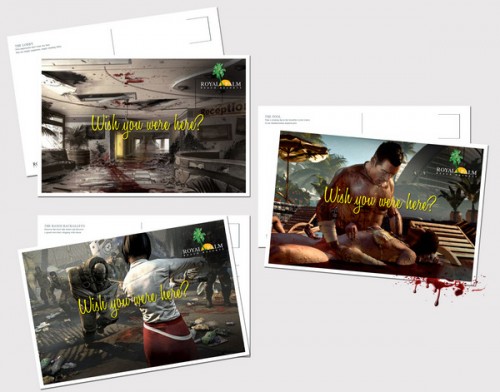 If you ever wondered what would happen if you took Far Cry 2 and mixed it with left 4 dead, you would get Techland’s new open-world zombie role-playing game, Dead Island (which come out today).
The concept of an open-world zombie RPG had many people intrigued because it has never been done before. The character depth, customization and interactive plots that have come to define the modern day RPG would blend in well with an emotionally explorative and harrowing zombie apocalypse. No doubt this gaming model will be followed by many more companies. Unfortunately, Dead Island leaves much to be desired and fails to deliver on many different fronts.
For starters, the game tries to take itself way too seriously, but it actually never explores the psychological trauma someone would suffer from waking up to find your favorite tropical island resort crawling with zombies. Characters feel fake and the plot is stereotypical and never successfully strikes emotional chords.
Secondly, none of the zombies in Dead Island are very scary or hard to kill. Most zombies are more than happy to sit by and chew on some tasty human thighs rather than paying you any attention. Those that do notice you are so slow that they can be easily out-run or just pushed to the ground. Sticking to classic horror story script, zombies also can’t climb the smallest obstacles or open any doors. New classes of zombies are introduced, but dont appear enough and don’t require any new strategy to kill.
While surviving in the zombie apocalypse, you cant ever forget rule number one: cardio. You’ll spend most of your time managing your stamina meter that drains whenever you run, jump or even swing your weapon. Fighting more than one zombie at a time will drain this meter rapidly, often leaving “get the hell outta here!” as your best option.
Should you find run out of stamina, your weapon whittled down to the point of uselessness and an empty rage meter, don’t worry, you still have one more trick up your sleeve. Enter, the “zombie kick.”
Not only does the “zombie kick” pack more stopping power than punching, it also doesn’t require the smallest once of your precious stamina. This presents the player with one absolutely genius, and repetitive strategy: kick, kick, bash in skull, retreat and repeat. This repetitive game play is ultimately what makes Dead Island a very boring game to play.
Techland relies heavily on gamers’ love of killing zombies, but even an island full of them isn’t enough to make this game anything more than repetitive and frustrating. Even with its open-world environment, the experience here never matches the excitement and cooperative fun in Left 4 Dead or Far Cry 2.
“Dead Island” is available now for Xbox 360, PlayStation 3 and PC. It is rated M for Mature by the ESRB.
Photo Credit: @DeptTourism