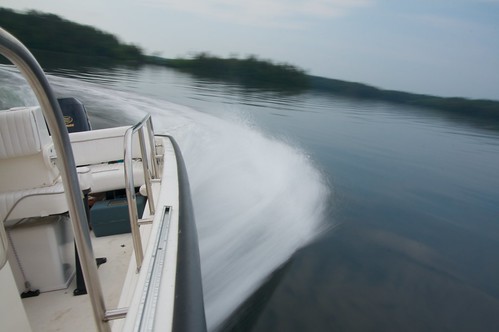 Going out on a boat can be a great way to spend the day, but if you’re planning on drinking, watch out. The fact is, boaters who are intoxicated can be charged with boating under the influence, or BUI, and in many cases, a BUI can be just as difficult to face as its on-the-road counterpart, a DUI. Individuals who are charged with drinking while boating can face heavy fines and fees, and some may even have to spend time in jail.

Why the Big Deal?
Part of the reason people drink while boating is to relax and have a good time, and many don’t realize that intoxicated boating is even a crime. Many drunk boaters believe that because there aren’t any other vessels around, operating their own while under the influence simply isn’t a big deal. Unfortunately, nothing could be further from the truth.
The Dangers of Boating While Drinking
Even if there are no other boats around an intoxicated boater, the possibility for injury and death exists. Because alcohol slows down reaction times, an tipsy boater may not be able to rescue someone who falls into the water, and even if the drinking boater goes into the water to attempt a rescue, the boater’s intoxicated state may cause him or her to become a victim as well. Additionally, just like driving under the influence, operating a motor vehicle on the water while intoxicated may cause a boater to be unaware of his or her speed. Speeding in a boat can cause accidents, such as roll overs, to occur, and this can lead to injury or death.
The Legal Consequences
In many areas, including North Carolina, boating under the influence will lead to arrest. While most BUI cases will not affect your ability to operate a motor vehicle on land upon conviction, it is still a criminal charge, meaning you will have a criminal record upon conviction. If you have prior criminal convictions, your punishment may go up. For instance, like for a dui North Carolina, if you are convicted of a BUI and you have five or more prior convictions, you may be facing time in jail. In addition, the fines and fees can reach into the thousands of dollars depending on the circumstances of your case.
Avoid the Trouble
Just like with driving under the influence, boating under the influence can be avoided by simply not drinking and boating. If you plan on drinking and getting out on the water, have a designated captain who will remain sober and be responsible for your vessel. You should also be mindful of the laws in your area regarding the possession of alcohol on a boat. In some areas, it may be legal to have alcohol in your possession on your boat as long as you aren’t the active captain, while in other areas, just having alcohol on board may be a crime.
If you have been arrested or fined for boating under the influence, you may also want to contact a criminal defense attorney for help. A criminal defense attorney can examine the facts surrounding your case and offer you sound advice and representation to defend yourself in court.
Ann Bailey participates in boat activities and posts this report for the benefit of all who enjoy boating fun.  A reminder from our advisers at the Powers McCartan Law Firm, is to avoid a dui North Carolina charge by keeping the line drawn between boating as a fun activity and boating under the influence.