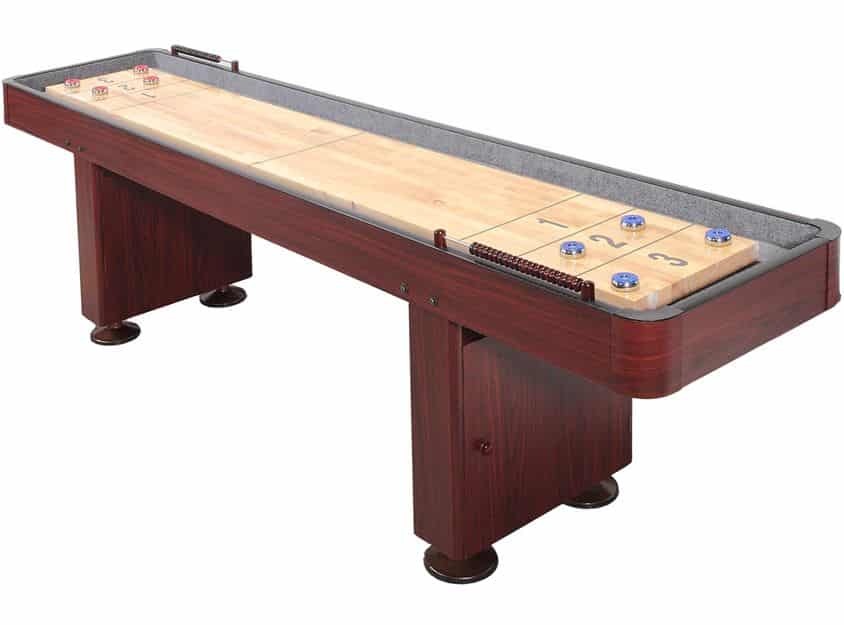 Visiting an arcade with friends or family is something almost every young person has experienced, and is often a safe alternative to playing in the streets where anything can happen. With a couple quarters kids could escape their realities and become superheroes trying to save the world from certain doom, or best their friends in one of the many table games found in the arcade. But most arcades come with their own set of problems, such as having to wait a long time to play the game you want and the rising cost of gameplay. In the past a quarter would allow you to play a game or two of air hockey, no it’s four quarter. So why not bring the arcade to your home.

With the rise of technology, owning your favorite indoor game tables such as billiards pool, bumper pool, foosball soccer, air hockey, table tennis, poker tables and basketball games have gotten more affordable. These table games are great for in home use because they don’t take up a lot of space and are easy to pick up and play, allowing anyone to play it. A bumper pool table would be a great addition to a bachelor pad or frat house because it’s similar to regular pool but with a slight twist. Bumper pool is played on a octagonal or rectangular table and it’s different from regular pool because there are bumpers smack dab in the middle of the table and around the pockets that are there to stop players from scoring any points. As if that wasn’t hard enough, each player only has one pocket to shoot at instead of six like a traditional game of pool. This is a game that will challenge even the best pool players.
Another great indoor game table is the classic foosball table. Playing this game is easy and fun, with simple rules that anyone can follow. A foosball table is a mock soccer field with eight steel rods that have little athletes attached to them, with each player controlling 13 of them per team. A foosball table comes with nine miniature soccer ball and each player has to score on the other person’s goal. The game is played as a best out of nine so the first person to score five goals wins. It doesn’t matter who hit the ball in either so if you accidentally hit the ball into your own goal it still counts as a point for the other player. No in home arcade would be complete without an air hockey table, a staple that provides hours upon hours of entertainment for players. Air hockey is also simple enough that a first grader could easily pick it up and get good. To play you simply drop a round, flat disc called a puck onto the table and use strikers to hit it back and forth. The object of the game is to get the puck into the other persons goal, and the first one to five points wins the game.
These are just a small sample of the types of indoor game tables you could have in your house. Do you research and i’m, sure you’ll find the perfect game for you.
Jenny Willis is a professional blogger that enjoys providing consumers with health and fitness advice. She writes for Royal Swimming Pools, a leading manufacturer of swimming pool equipment.

An Introduction to Micro-Schools during COVID-19 Parents across the nation are facing a troubling dilemma when it comes to the back to school season....
Read more