Home / Autos / Want To Own An Electric Car In Canada? Positives And Negatives

Want To Own An Electric Car In Canada? Positives And Negatives 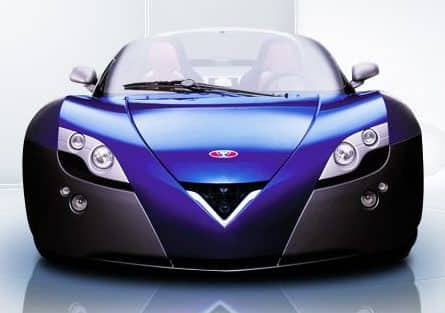 Several companies both large and small offer electric vehicles for sale in Canada, with releases set to explode through the rest of 2012 and into 2013. Mainstream entries like the currently available Chevrolet Volt and Nissan LEAF and upcoming entries including the efficient Ford Focus Electric have taken electric cars away from a hobby and turned them into viable transportation.
The Canadian governments offer heavy incentives for EV buyers varying by province. In Ontario, EV buyers are eligible for rebates of CD$5,000 to $8,500. Quebec began a program on Jan. 1, 2012 offering rebates of $8,500 for all EVs with a battery size of 4 kWh or greater. Other perks in some provinces include the ability to travel alone along many of the nation’s thousands of miles of carpool lanes.
Location and Lifestyle
Whether or not owning an electric vehicle makes sense to a Canadian hinges on urban or rural living, location, winter temperatures and garage access. A widely touted nationwide network of electric car on-the-go charging stations has not yet materialized.
The first order of business is a garage, carport or other location in which to mount a charging station. Plugging electric cars into a standard home outlet will balloon charge times to such heights that electric cars will lose much of their usability. Quick-charge stations can cost around CD$1,000-$3,000 and are available from automakers.
Electric Cars and Cold Temperatures
The next major hurtle is the severe temperatures affecting many areas of Canada for most or all of the year. Because electric motors do not generate anywhere near the amount of heat of a gasoline engine, complex climate control systems are needed that suck juice from an electric car’s lithium-ion battery pack at an alarming rate. Running a Nissan LEAF with its heater at high settings can knock the car’s potential range down from up to 160 km all the way down to less than 100 km.
Here a nice traditional heater is missed, as owners may be forced to choose between running the heater at a comfortable level or making it home without running out of battery power. This is most relevant to Northern Canadians as driving without heat during the ice of winter is not a pleasant experience. All-wheel drive vehicles will be welcome once they materialize for added harsh-weather safety, but most electric cars are front-drivers for now.
Electric cars make most sense to Canadians living in high-growth cities like Toronto and Montreal. Here having an around-town vehicle that never needs a drop of gas is more viable as life in general is closer together. As long as the owner has a garage to plug into for high-speed charging, an average electric car range of around 120 km is plenty for a day’s drive for the average motorist.
Electric Cars in Canada in the Future
The future outlook for Canadian electric car owners will improve as the cars themselves do. Batteries with greater energy density loom, as do more-efficient heating and cooling systems that won’t place as much load on the car’s battery. Some announced electric cars yet to hit the streets promise range as high as 300 miles, plenty for a short road trip.
The first public DC quick-charging station in the nation opened in 2012, built by Mitsubishi at the site of its headquarters in Ontario. The company now allows any EV driver to quick-charge their vehicle free of charge. These specialized stations can charge a typical EV battery to 80 percent capacity in around 30 minutes. Commercial enterprises have received heavy government loans and private investments to develop a network of pay-to-charge stations that would function like today’s gas stations.
A Personal Choice with Tradeoffs
There are still situations where having a second car will be either necessary or sorely missed. Until the promised Canadian network of EV quick-charging stations actually materializes and technology improves, you cannot take a road trip in most electric cars and will always need to watch your range.
This doesn’t sound like too much of a value, especially with the Canadian-market Ford Focus Electric ringing in at CD$42,699 including destination. Nissan’s LEAF is not far behind at CD$38,395. Owners will save money in the long run, and lots of it, if the car’s range makes it suitable as a daily driver. They will also have the satisfaction of knowing they are minimizing their impacts on the environment.
If you are looking to reduce the maintenance costs of your vehicle, you should consider trying to find a lower car insurance rate by doing an online comparison at www.kanetix.ca/auto-insurance. By reducing the amount you pay on your car insurance, you could be saving hundreds of dollars every year. Visit Kanetix Ltd. today to find out more.