Ways to see in Chattanooga Tennessee 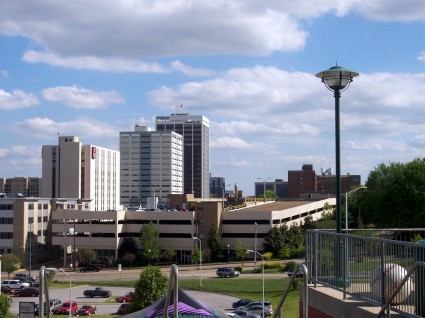 The New York Times recently released their list of the top places to visit in 2012. There were a wide variety of cities on that list of 45 international destinations. There were certainly expected cities, like London, where preparations for the Olympics are well underway and fueling excitement. And then there were the most exciting cities, simply in their unexpectedness. Of those was Chattanooga, Tennessee, one of only two American destinations. Looking to visit, this destination in 2012? Here are the things to see.
Tennessee Aquarium
The Tennessee Aquarium, located at the end of Broad St. and towering above the Tennessee River, is one of the top aquariums in America. You’ll be drawn in by the unique building design, which has glass pyramids reaching towards the sky. The River Journey layout of the aquarium will fascinate all visitors; they are taken on a raindrop’s journey from the Appalachian Mountains down to the Gulf of Mexico and see the aquatic life that shares that trip.
Coolidge Park and Walnut Street Bridge
The NYT’s article noted Chattanooga’s revitalization and beautifully renewed downtown space. Walking around Broad St. and Main St. are great ways to enjoy this downtown area. The Walnut Street Bridge is at the heart of downtown, spanning the river. It is one of the longest pedestrian bridges in the world and connects Chattanooga’s downtown to the North Shore. The bridge will take you to lovely shopping on the North Shore and let you enjoy a nice day outside in the beautiful Coolidge Park.
Rock City and Ruby Falls
These two destinations are natural wonders located atop Lookout Mountain. Rock City is a fun walk through rocky avenues and beautiful views looking down on the Georgian countryside below. Ruby Falls, located deep within a cave, is America’s highest underground waterfall. Both sites are wonderful ways to spend the day.
The Incline Railway
For a unique travel to and from Lookout Mountain, hop aboard the Incline Railway. The 72.7% grade makes railway one of the steepest in the world. It’s an exciting ride that takes you to amazing views looking off the mountain.
Chickamauga Battlefield
The turning point of the Civil War occurred around Chattanooga, so history buffs have many opportunities for indulgence. One of the best sites is the Chickamauga Battlefield located just outside of Chattanooga. Visitors can follow a seven-mile tour that will take them past important monuments and markers of the battle.
Terry Carter is a Chattanooga resident, who loves exploring her city. She writes from home about a variety of topics, including Demon Herbal Incense.

Tuscany: Tapestry of Ancient Beauty and Historic Charm Italy is gorgeous in and of itself, however, there exists a magical area within called, Tuscany. ...
Read more

From Wine Tasting to Extraordinary Architecture: Discover the Douro Valley

The Douro Valley of Portugal is one of Europe’s hidden treasures and the perfect destination for a relaxing coach trip to the continent. Though...
Read more