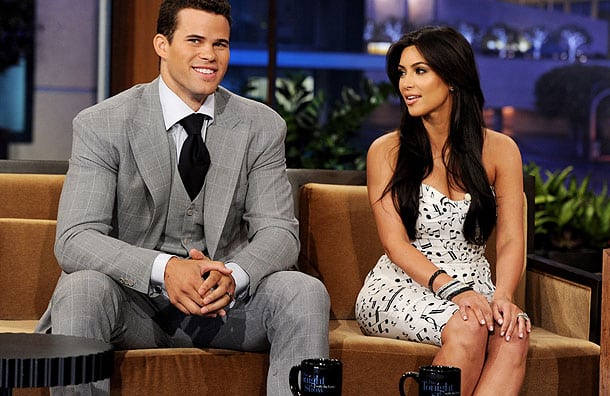 A lot of rumors have been swirling around the recent divorce of Kim Kardashian and her ex-husband Kris Humphries. Kim K took the time out to clarify a few things about the marriage, as well as dispell those nasty rumors in an online message to her fans.  Kim tweeted a link to the letter which was originally posted here at Celebuzz.com.
Out of all of the sisters, it seems that Kim Kardashian. has been through alot this year including both the good and the bad.  Her marriage and wedding was one of the most highly anticipated and televised events in the world.  And now we are seeing the backlash from the media from her breakup from Kris Humpries which only lasted 72 days proves how magnified her personal actions are.  On the Global Good side of things however, Kim Kardashian just Opened Up The Newest Kardashian Store at the Mirage in Las Vegas called, #KardashianKhaos.
Check out the full letter below that Kim released earlier on today.
Here was the initial statement(s) released on Kim Kardashian’s official Twitter account @KimKardashian
Click Here To See The Original Message On Twitter To Her Fans – https://twitter.com/#!/KimKardashian/status/131554767083282432

This is probably the hardest thing I’ve ever had to write. I see all of the support and I am so thankful for my fans, friends and family who are helping me through this difficult time.
I am trying not to read all the different media reports but it’s hard not to see all the negative ones. First and foremost, I married for love. I can’t believe I even have to defend this. I would not have spent so much time on something just for a TV show! I share so much of my life on a reality show, that contemplating whether to even film my wedding was a tough decision to make, and maybe it turned out to not be the smartest decision. But it’s who I am! We filmed Kourtney giving birth, Khloe getting married, break ups, make ups, our best moments and our worst moments. These were all real moments. That’s what makes us who we are. We share, we give, we love and we are open!

Kim Kardashian then goes on to say the following:

Everyone that knows me knows that I’m a hopeless romantic! I love with all of my heart and soul. I want a family and babies and a real life so badly that maybe I rushed in to something too soon. I believed in love and the dream of what I wanted so badly. I felt like I was on a fast roller coaster and couldn’t get off when now I know I probably should have. I got caught up with the hoopla and the filming of the TV show that when I probably should have ended my relationship, I didn’t know how to and didn’t want to disappoint a lot of people.
I’m being honest here and I hope you respect my courage because this isn’t easy to go through. But I do know that I have to follow my heart. I never had the intention of hurting anybody and I accept full responsibility for my actions and decisions, and for taking everyone on this journey with me. It just didn’t turn out to be the fairy tale I had so badly hoped for.
There are also reports that I made millions of dollars off of the wedding. These reports are simply not true and it makes me so sad to have to even clarify this. I’m so grateful to everyone who took the time to come to my wedding and I’ll be donating the money for all the gifts to the Dream Foundation.
I’m sorry if I have hurt anyone, but my dad always told me to follow my heart and I believe now that I really am.