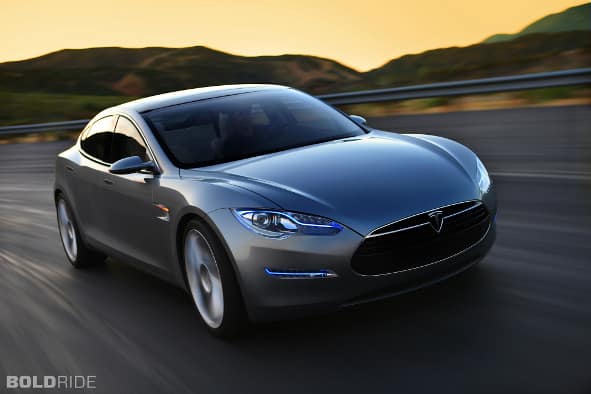 The electric car has come a long way. Before the 21st century, the best that the EV market could offer was the Chevy EV1 and something called a “Le Car.” Electric cars have evolved, and in ways that many would have never imagined. After seeing the Prius become one of the most popular fuel-efficient cars and basically the flagship of green driving, we would have suspected the green car movement to stay on the conservative, frugal end of things. We were wrong. No one, not even the brilliant minds at the major automakers, could have predicted the performance and acceleration derived from the Tesla Model S.

When the Tesla Roadster first came onto the scene, people saw it for what it was: a re-branded Lotus with an electric motor. It was a niche car for a niche market, and many of the bugs had yet to be worked out. The Model S, on the other hand, takes all of the lessons learned in the electric car realm and puts them to work on a true performance machine that has more than earned its green credentials.

We knew the car would be zero emissions and have a driving range of up to 300 miles (when equipped with the 85 kW-h powertrain), but it is the Performance model that has piqued the collective interest of the automotive world. While the base 40 kW-h motor produces 310 lb-ft of torque, it only goes up from there. The 85 kW-h Performance model features 420 horsepower and 443 pound feet of torque­– 100 percent of which is available at zero RPM. For the performance enthusiast with a green thumb, this means having one’s cake and eating it too.

Some may claim that the car seems terrific on paper, but that there is no way that the Model S can live up to the numbers being thrown around. Many of those critics were silenced late last year, when the Model S was pitted against an M5 in a drag race, and handed the high-performance Bimmer its lunch. That race put the world on notice, easily dispatching the twin-turbo V8 German performance sedan. It was after that video that the buzz around the model S truly began to swirl.

Lest you thought such a performance was a fluke, the Model S was once again placed against a performance machine, but of an arguably higher caliber. This time, the electric sedan found itself next to a Dodge Viper SRT10. Yet again, the Model S finished the race victorious!

It is becoming plain to see the benefits of such a tremendous amount of torque at zero RPM. Making repeat runs like this will not yield an impressive driving range, but rest assured, the Model S has the performance on tap to make pulling up to a red light next to a sportscar quite interesting!

Implementing eco-friendly practices is a priority of almost every industry. This is excellent news for our planet, as sustainable policies only increase our Earth’s...
Read more

It may not seem like it, but parking presents a massive opportunity for sustainability. Parking involves two huge polluting factors: transportation and buildings. These...
Read more