What Exactly is Chlorophyll and What Does It Do?

What is chlorophyll and what does it do? The name comes from the Greek word chloros meaning green and phyllon meaning leaf. Chlorophyll is found in plants and algae and is critical in the process called photosynthesis. This is the process whereby plants absorb sunlight and transform it into energy. Chlorophyll is also what gives the plants their green color. One of the byproducts of this process is the production of oxygen. Which is imperative to life on earth. In the fall when plants start turning the bright reds, browns, and other colors we see, it is due to the plants loss of chlorophyll. In the spring, it begins anew. So chlorophyll is an extraordinarily crucial element in the lives of plants.

As well as playing such a vital role in the plant world, chlorophyll also serves an extremely significant role in human health. Oxygen production being one of the most fundamental. If some unforeseen calamity were to kill off the earths plant life mankind, as well as the animal kingdom, would eventually suffocate. There would be no life on earth.
Chlorophyll has shown to be an essential tool in the health of humans in other ways, as well. Research has shown that chlorophyll is effective in the fight against some forms of cancer. Chief among these is liver, skin, and colon cancer. Although research is still in the early stages, the optimism is high. Chlorophyll ingested as a liquid has shown to increase the quantity and quality of red blood cells. It also helps the body repair itself at the molecular and cellular level by assisting in cleansing the body, fighting infection, and helping heal wounds. It promotes circulatory health, digestive health and has a myriad of other health benefits. 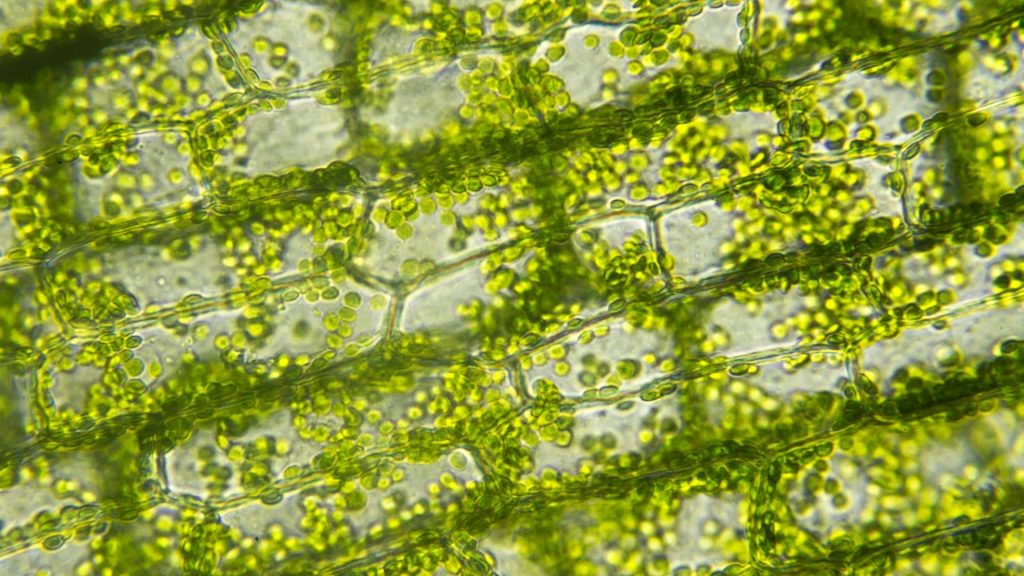 So, what is the best way to partake of all these benefits? First and foremost is to eat ample amounts of green vegetables. Pretty much, all green vegetables, contain chlorophyll in various amounts. However, some contain larger amounts and are thus considered a valuable addition to the diet. Spinach is the king of the chlorophyll vegetables with 300 to 600 milligrams per ounce. Others are in no particular order, asparagus, Brussel sprouts, green cabbage, romaine lettuce, and Swiss chard to name a few. Add these and other green vegetables to the diet and the rewards will be plentiful.
Since ingestion is the best way to get the chlorophyll into the body, it is necessary to prepare it in such a way as to limit the loss of chlorophyll. Instead of boiling the vegetables, steaming them for a short time works best. Another excellent method would be to prepare a salad with a mixture of greens and just eat them uncooked. A chlorophyll supplement could also be taken. There are several on the market.
As we can see chlorophyll plays an extremely vital role in the lives of plants and humans alike. As beneficial as it is it is also exceptionally easy to take advantage of the benefits of chlorophyll simply by adding green vegetables, especially leafy green vegetables, to the diet.

It may not seem like it, but parking presents a massive opportunity for sustainability. Parking involves two huge polluting factors: transportation and buildings. These...

DIY Garage Floors Painting Tips DIY tutorials have helped in designing, remodeling, as well as dining. Specifically, it can improve your home project when...

5 Ways To Improve Your Warehouse Productivity