Are The Two Biggest Pollutants Getting a Second Chance? 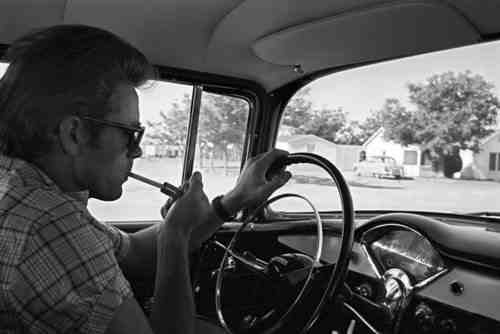 Alternative Fuel Vices
Transportation has always been a very important thing to people. Throughout our long history, humans have been anything but sedentary, and finding new ways to get around has helped us conquer the globe. For nearly as long as we’ve had advanced forms of transportation, smoking has also served as a popular pastime as well. Both smoking and transportation have a lot more in common than you may think; both have been subject to evolution over time, becoming more efficient and available. Now, we are beginning to see these two evolve even further, this time becoming healthier for people, as well as for the atmosphere.
Transportation has never lost its importance in society. Indeed, given society’s strong focus on environmental issues, transportation has become even more important than it had been in the past. Traditional cars have long run on the use of fossil-fuels. These vehicles produce harmful emissions that have caused some degree of environmental damage. These emissions have also had an impact on health, as carbon dioxide is a harmful gas that has been linked to medical issues for years. The pollution caused by conventional vehicles is not as invisible as one may believe. Many of the world’s largest cities, such as Beijing, China, and Los Angeles, California, are often shrouded in carbon dioxide emissions produced by vehicles and power plants alike.
Like traditional cars, smoking is also linked to health and medical issues. In bygone years, tobacco was smoked primarily through pipes. Cigarettes became prominent because they were considered easier to use than old pipes and soon came to replace these pipes as the primary smoking method. Today, cigarettes are packed with various chemicals to ensure that their tobacco does not expire and to ensure that a lit cigarette does not burn out too quickly. These chemicals are linked to ailments like lung cancer, making cigarettes a popular target for health advocates including health insurance companies.
Industries are starting to turn over a new leaf
Both cigarettes and cars are beginning to shed the negativity that has surrounded them for years. The auto industry, for example, has begun focusing on the use of hydrogen to power a new generation of vehicles. Meanwhile, electronic cigarettes are becoming a very popular replacement for traditional smoking methods. Both evolutionary steps specifically address the health concerns that are associated with transportation and smoking.
Finding “Carbon” neutral ground
In the case of transportation, automakers are making use of fuel cells to tackle the issue of emissions. Fuel cells use hydrogen to generate electrical power. This electricity is used to power a vehicle’s engine. Fuel cells are a carbon-neutral technology and are capable of producing electricity without generating any harmful emissions. In a vehicle, the only byproduct of a fuel cell’s operation is water vapor and oxygen.

Electronic cigarettes are similar to fuel cells in that they produce no harmful gases. e-cigs, as they are commonly known, are comprised of two parts: A battery and a cartridge. The cartridge contains liquid nicotine, a chemical found in tobacco that is not linked to any serious health issues apart from mild addiction. Most cartridges also contain some form of vegetable-based propellant and water. When heated by the battery, the liquid nicotine is vaporized and this vapor contains none of the harmful elements that have been associated with smoking in the past.
Hydrogen fuel cars and e-cigs make way for a cleaner tomorrow
While cars and cigarettes are certainly, fundamentally different, they are both on an evolutionary path that is striking similar. These similarities are mostly found in the area of emissions and health and could have a major impact on both. In the case of e-cigs, some smokers have seen their health insurance premiums drop as the result of going electronic. In the same way, electronic transportation powered by hydrogen fuel cells is linked to lower gas costs and could help remove a significant amount of carbon dioxide from the environment.
Author: Stephen Vagus, a full time staff writer for Hydrogen Fuel News.com as well as other media outlets, is an ambitious writer with several years of experience in the field of journalism. Born and raised in California, Stephen has followed his journalistic passion around the world, reporting on breaking events in countries like Japan and Qatar.