The Big Business of Public Parking 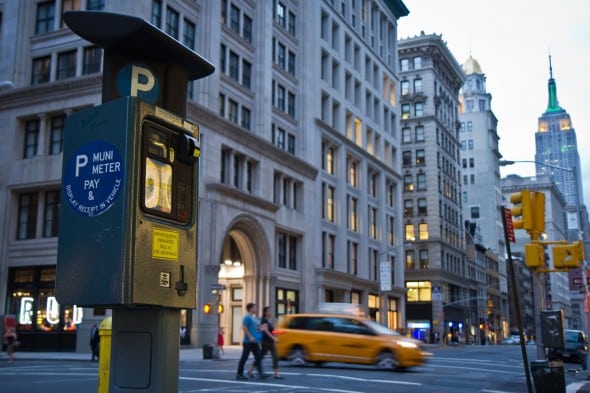 Parking is a routinely mundane activity, one that most people don’t really pay much attention to. But to U.S. cities and their local governments, it’s a vital source of income in a new age of austerity.

Cities depend on parking as crucial revenue at a time when many of them are, frankly, strapped for cash. The parking industry as a whole grosses an estimated $30 billion every year, and so major municipalities across the America are attempting make up for lost revenue/slashed budgets by turning to the big business of parking. Even on Sunday, a traditional day of rest for parking enforcement, meters are being turned on to squeeze every last coin from the driver’s pocket.

This predicament is alluring to investors and private equity firms who look at parking management and see huge dollar signs. Selling off these assets is specifically called “parking privatization,” and it allows struggling cities to gain immediate funds in exchange for a company’s rights to manage its operations. Chicago is the first to experiment with parking privatization, a move that was designed to quickly recoup funds after years of bureaucratic mismanagement. Unfortunately, these deals also have the potential to backfire.

In 2008, the city of Chicago handed its parking operation over to a private company in exchange for money and an expedited modernization of parking. Initially, the much-needed funds were transferred into the city’s bank account while providing the Windy City with immediate improvements to its existing parking infrastructure. Even though the deal was for 75 years, it made a lot of financial sense at the time.

Recently, however, the mayor chastised the deal for its shortsightedness and potential to hamper the city’s collection efforts in the future. Chicago’s big gamble has been a shining example to other cities about the perils of these types of transactions. Privatizing services like parking can have an immediate appeal, but also come with long-term risks.

Cities like Indianapolis and Cincinnati have effectively privatized parking (without leveraging future earning potentials) by requiring rigorous stipulations to be followed. Los Angeles, and more recently, New York City have both vetoed the idea of privatization. The Wall Street Journal explains why the New York shot down the proposal.

“The decision by the nation’s largest city comes amid backlash in Chicago, whose 2008 deal to lease rights on 36,000 parking meters to private investors for 75 years for about $1.2 billion was the first parking privatization by a major U.S. city. Chicago residents and policy makers – including Mayor Rahm Emanuel, whose predecessor presided over the deal – have criticized it for selling the rights too cheaply and for including clauses that have ended up costing the city additional funds.”

New York officials initially thought this move could maximize revenue and speed innovation. The temptation to make a similar deal to the one Chicago made was very great. Ultimately they relented after realizing they could improve their parking management from within. It just shows that privatization can be a slippery slope. It’s an important decision that no city should ever make lightly.

Previous articleAre The Two Biggest Pollutants Getting a Second Chance?
Next articlePropose under a Waterfall!

It may not seem like it, but parking presents a massive opportunity for sustainability. Parking involves two huge polluting factors: transportation and buildings. These...
Read more