Reckless Driving: Not Just in the Movies Anymore 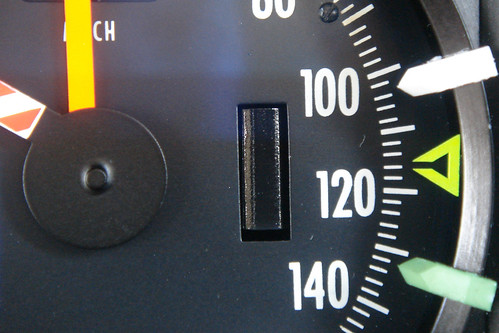 In Virginia, as well as around the rest of the country, law enforcement officials are cracking down on a common and dangerous roadway hazard – reckless driving. While you might think that being charged with reckless driving is a minor traffic offense, the fact is, reckless driving can carry hefty penalties, including fees and even jail time.
What is Reckless Driving?
In most states, including Virginia, reckless driving is considered to include any action that is reckless in nature based on speed or involvement in an accident. This means that excessive speeding could be classified as reckless driving, disobeying a traffic light and causing an accident could be classified as reckless driving and even failing to use a turn signal in time to prevent an accident could be classified as reckless driving. Because of the broad nature of reckless driving definitions in most areas, it’s safe to assume that virtually anything you do behind the wheel that endangers the lives of others can be classified as reckless in nature.
The Penalties of Reckless Driving
Depending on the circumstances of the case, reckless driving can cost up to $2,500 per offense. Unlike receiving a speeding ticket, which is a citation, our VA criminal lawyer reminds us that a charge of reckless driving is considered a criminal misdemeanor. In addition, some drivers who have been convicted of reckless driving will face up to a year in jail for each charge, and license suspension is also a possibility. In terms of costs outside of the legal system, a reckless driving conviction can cause auto insurance premiums to skyrocket, and drivers convicted of reckless driving may not be able to obtain certain jobs, including those that require a security clearance.
What Happens Next?
If you’ve been charged with reckless driving, your next step will be deciding how to plea to the charge in court. You can either plead guilty and accept a sentence from a judge, or you can plead not guilty and attempt to defend yourself in court. If you choose to defend yourself in court, you will need to spend some time researching the specific laws under which you have been charged, and you’ll also need to be prepared to understand and work through the courtroom process. This may take you a number of weeks or even months to do, and it’s important to remember that you will be going up against a prosecutor and any police officers or witnesses involved in your case, all of whom may try to discredit your arguments.
Partner with an Attorney Instead
Another option, however, is to partner with a defense attorney. A defense attorney will have already done all of the research needed to defend you in court, and he or she can also represent you before a judge and jury. This means that you’ll have time to focus on other aspects of your life, and you may stand a better chance of proving your innocence. Most criminal defense attorneys in Virginia and around the country have extensive experience in investigating reckless driving cases, meaning they will be able to better present facts in court to defend your actions.
Keep in mind that reckless driving in real life isn’t like what you see in the movies. People can and do get seriously injured and even killed due to reckless drivers, and as mentioned, the penalties can be stiff. To avoid the potential for a criminal charge, always obey traffic laws in your area, and never forget that you are ultimately responsible for your actions behind the wheel.
Ann Bailey is a former traffic reporter and reports on these driving reminders for the benefit of those who have aggressive driving tendencies.  For anyone stopped and ticketed in Virginia for reckless driving charges, the VA criminal lawyer team at Price Benowitz, LLP, brings their impressive record of criminal defense to help the aid and protection of your rights in court.