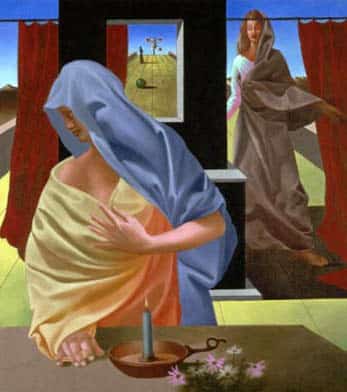 On Tuesday, Case Western Reserve University published a new study which found that new mothers suffering from postpartum depression are open to receiving professional care and counseling via the Internet and web-based applications. The findings are expected to encourage national rehab centers such as Residential Treatment and major hospitals to offer online psychiatric services.

In the study, 53 female respondents indicated they would turn to online interventions if offered by professional medical personnel. The new moms indicated that the services should also be made available anonymously due to privacy and data security concerns. Case Western’s School of Nursing and College of Arts and Sciences is publishing its findings in the new issue of Archives of Psychiatric Nursing. The women also preferred learning strategies to cope, information about depression, and blogging interactions with a health professional.

In response to its findings, Case Western’s nursing school will roll out a website and online portal for interventions to address the need.

New mothers often undergo postpartum depression after experiencing a high-risk pregnancy. It affects about 7 to 15 percent of new moms. “Mothers cannot always find a sitter and then spend time driving to and from counseling,” said Judith Maloni, the lead researcher. “An online intervention is available when the moms have time.”

The women cited convenience and access as one of the main advantages of Internet-based therapy. The psychiatric industry and major rehabilitation centers have long resisted efforts to move counseling to web-based portals. Many argue that electronic communication poses privacy concerns for both providers and patients, and mistakes could lead to costly litigation and destruction of credibility. Traditionalists have also been concerned about the security of data transmitted online. Some argue that if hackers can compromise the firewalls of financial institutions, they can also intrude on the private health records of patients.

A cynical and monetary-based interpretation of the lack of change concludes that Internet-based counseling will lead to lower chargeable rates for licensed psychiatrists and (debt-ridden) therapists straight out of grad school. Under this theory, rates could come down from $100 to $200 an hour per session, to say, $75 an hour per session. Web-based counseling services in the United States could also come under threat from offshore Internet medical providers from Asian health hubs such as Thailand, Singapore, and China.

Earlier this week, the American College of Physicians (ACP) submitted recommendations urging its network of 133,000 doctors and medical personnel to avoid social media, email, and other Internet-based communication with patients. The guidance was published in the April 16 issue of the journal Annals of Internal Medicine. “The creation and use of information online and the widespread use of the Internet offer exciting new opportunities for patient care, but also require physicians to consider how to best protect patient interests and apply principles of professionalism to online settings,” ACP said in a statement.

However, technology advocates believe that advanced tools such as electronic communication and software apps should play a role in modern treatments. A University of Wisconsin study found that 44 percent of senior citizens between the ages of 60 and 90 use social communities because of their friendliness. This demographic may be especially lonely in their retirement homes and hospice communities.

That plays into the primary strength of Internet chat and social networks. Such communities may reduce, or treat, mental illnesses and postpartum depression found in new mothers. “Older adults can use social media to access health-related information and engage in patient-to-patient-doctor conversations,” said Dr. Anja Leist. “There are many online forums where people in difficult life situations, such as informal caregivers of a spouse with dementia or individuals with depression, can exchange thoughts as well as receive and provide social support. Other positive consequences are that lonely adults can overcome loneliness through contact to family and friends and other users with similar interest.”

It may currently be a stretch to propose that social media can cure depression. However, studies show that many women are open to receiving therapy through Internet portals. Such an approach may not only be more convenient and efficient, it will likely save them money as well.

If there is an irony to all this, it’s that Internet addiction could soon be treated online.

6 Tips for Improving Your Quality of Sleep

Are you having trouble falling and staying asleep at night? Explore these six tips for improving your quality of sleep for some advice on...