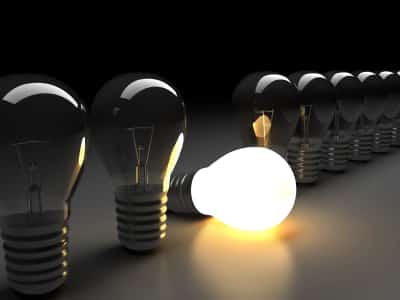 The Alphabet
Can you imagine how impossible any meaningful growth of a civilized human race would have been without the ability to communicate in writing? The first alphabet was invented by people located in the eastern Mediterranean. This early alphabet was invented to keep track of food supplies after humans learned to domesticate Middle Eastern grains. These grains and the management of their use and storage required records to be kept. The ability to do this is what caused people to start living together in common societies.
Gallaudet Sign Language for the Deaf
Before Mr. Gallaudet developed this method for people who are challenged in hearing there was no easy way to communicate with people who could not hear. This was especially true of those born with that condition. Now called American Sign Language, this invention changed the lives of millions of people who, before the invention of this way to communicate, were too often labeled as idiots and put away in homes for the deaf.
The Internet Browser
Most people think that the Internet started in the mid 1980’s but in fact that was the time that the first browser was invented. There had already been a web, designed by the United States government, during the cold war. It was called the ARPANET and was not very easy to use. Only government agencies and universities with government research grants had access to the ARPANET. In 1990 the WorldWideWeb was released. It later led to the Nexus and then Netscape browser. It made using the ARPANET much easier. Shortly after development it was released on the Internet free to the public. It was at that point that the explosive growth of the Internet began. There were several people along the way that worked on the development of the browsers we used today.
Braille System For Reading by Sight Challenged People
Just as Gallaudet’s language was ultimately useful for people who could not hear, the Braille system was for people who cannot see. A French citizen, Louis Braille, was the inventor in 1824.
Coins with International Value – Pieces of Eight
Coins had been around since 650 BC when the Lydian civilization, located in the area now called Turkey first started their use. Later the Romans would mint gold coins. But the usefulness of a coin that more than just the rich could use came about with the invention of the silver piece of eight. It was the discovery of vast reserves of silver in Peru and the need to control the distribution of same that brought about this Spanish coin.
Because this coin was milled and minted to the highest technical standards to that date, the piece of eight coin was used by countries all over the world as the international currency. Even the United States recognized the piece of eight as legitimate currency until 1857. In fact, the symbol of the Spanish coin later became, with slight modification, the international symbol for the United States Dollar.
This is my list of the five most useful inventions of all time. Any such list is obviously affected by the bias of the person making the list. You can learn a lot about history if you take the time to come up with your own list.

6 Reasons Why Traveling Is Good for Your Mental Health

If you feel a little down or struggle with mental health issues, it might be time to consider traveling. Believe it or not, travel...
Read more

Why You Should be a Volunteer Firefighter

If you want to give your time and energy to benefit your local community, then a good way to do so is by volunteering...
Read more