What Are the Different Travel Zones in London?

There are 9 different zones in London, but there are only a few stations in north London in the zones 7 to 9.  The tube covers many areas in London, with zones 4 – 6 accessed by the overland train system. It is important to know the attractions to see and do in each zone before making the trip over there as it can take a couple of hours to travel from east to west London if you are far out of the zones. 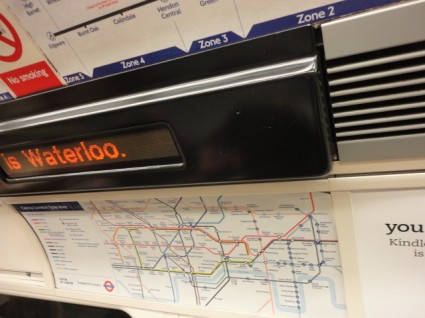 Central London is in zone 1.  This is a rectangular shape area, which stretches from Notting Hill Gate in the west to Shoreditch in the east.  North to south, central London goes from Euston in the north (one of the busiest overland train and tube stations) to Elephant and Castle in the south.  Most of the tourist attractions are located within zone 1.  The famous Oxford Street, Old Bond Street and Regent Street are all in central London. The bright lights of Leicester Square and Piccadilly are in zone 1. Westminster Abbey, the Houses of Parliament, London Eye are also in this zone.

South London which includes Clapham North, Clapham Common and Clapham South now are trendy areas with many nightclubs, bars and restaurants and cafes.  In the west, there is Fulham Broadway and Putney.  Fulham is the home of two main Premier League teams, Chelsea and Fulham Football Club. Hackney in north London has recently undergone a transformation.  Apartments in London used to be cheap in Hackney but since 2000 have increased in price. With its great transport links, overland train and close to both the Victoria and Piccadilly line, Hackney is an up and coming area of London.

Stratford which has undergone rapid transformation for the Olympic Park is in zone 3. It is also home to Stratford International – the new Eurostar line where it will take just under 3 hours to reach Paris.  Stratford if accessed by both the Jubliee and Central Line.  It also has the Docklands Light Railway. The tennis in SW19 in,Wimbledon is located in zone 3, the nearest tube is Southfields and the nearest overland station is Wimbledon.

Richmond and Kew Gardens out west are in zone 4. Kew Gardens is a 300 acre botanical garden and is UNESCO World Heritage Site.   It is a great family day out, children under 17 are free, adults are £16 each but there are often many discounted offers.  Richmond is at the end of the district line, but has fast trains to Waterloo, meaning you can be in the city in less than 20 minutes.  Richmond is home to boutique shops, restaurants, cafes as well as the largest park in London.  The park called Richmond Park has 2,500 acres of hills and grasslands and home to red and fallow deer.  It became a National Nature Reserve in 2000.

Outside the tube network

There are many places to visit that are not on the tube in London. Sometimes taking the overground train can be quicker than hopping on the metro.  Kingston Upon Thames is located just 30 minutes south of London, by train and is where the Saxon kings were crowned.  The coronation stone is in the market palce, overlooking the Thames.  The riverside has in recent years seen a lot of development and is home to some exclusive  London apartments as well as cafes, bars and restaurants.

Tuscany: Tapestry of Ancient Beauty and Historic Charm Italy is gorgeous in and of itself, however, there exists a magical area within called, Tuscany. ...
Read more

From Wine Tasting to Extraordinary Architecture: Discover the Douro Valley

The Douro Valley of Portugal is one of Europe’s hidden treasures and the perfect destination for a relaxing coach trip to the continent. Though...
Read more